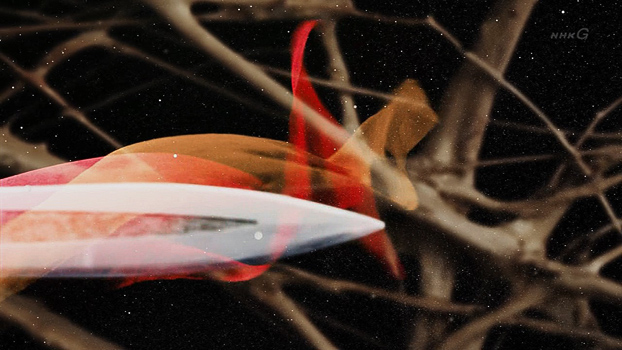 I wasn’t really in a mood to watch anything on my current rosters so I decided to go back to my List of Doom and picked a drama I’ve been meaning to continue with for ages. I watched the 1st season of Seirei no Moribito when it aired but then never seemed to find the right time to watch the last two seasons. Until now, that is.

Seirei no Moribito is a Japanese fantasy historical, which is sort of an anomaly. There are plenty of fantasy anime but very few actual dramas. Seirei is based on a novel by Nahoko Uehashi and NHK went all out to bring this fascinating world to life, in full 4k glory. The drama is full of wonderful places and interesting peoples with various traditions, the world is colourfull and full of life. Not to forget the magic, that only some can see and even fewer to wield. There’s this strange fairytale kind of feel to it all, which I quite liked. Drama can get a bit heavy handed with it’s homilies and sometimes the pathos is laid on thick but I have to say it managed to move even my grumpy old heart. 😀 There’s a very strong emphasis on forgiveness that I liked. Foes can turn out to be friends and allies. Stirfe is often caused by misunderstandings, hidden motives, half truths and outright lies. You may not always have all the pieces, so what you presume may also not be the whole picture. This is what we are shown time and time again. Amidst of all the chaos and various moments of dire straits there is always hope and beyond that hope is new beginnings. There is lots of fighting and quite a bit of death, it’s a historical after all, yet oddly enough I found the drama quite uplifting.

Seirei is set in an imaginary world that resembles Asia and follows the life of Balsa, a female Spear for Hire. Through her we meet a plethora of other characters who all play a part in the unfolding story. There’s even a rather sweet but very understated romance with Balsa and her childhood friend Tanda, who is a shaman and healer. He is one of the people who has a natural connection to the spirit world and also one of the main supporting characters. Japanese dramas don’t generally put all that much emphasis on the video quality but this is one of the exceptions. Seirei no Moribito looks beautiful. I especally loved the S2 opening credits. The sets and CGI are also done really well. But all this is done in a way that frames the story rather than takes the spotlight. Fight scenes look really good too. Correct me if I’m wrong, but I seem to recall that Ayase Haruka who plays Balsa did the fighting herself.

We start the journey when Balsa is hired to be a bodyguard to young Prince Chagum of New Yogo, one of the countries on the northern continent of this world. Chagum is carrying a spirit egg within and his father the Emperor believes he is possessed by an evil spirit, so he orders the boy to be killed. Balsa and Chagum are forced to flee and find a place to hide from assassins sent by the Emperor, while seeking a solution for what to do with the spirit egg. During their time together Balsa and Chagum bond and she sows the seeds of change in the boy, a new way to see the world. Being strong isn’t just about physical strength but also about believing in yourself and in your ability to protect the things that need to be protected, like the people of New Yogo. Their journey eventually comes to an end, the matter of the spirit egg sorted, so it’s time to part ways. For the time being. Because Balsa decides to settle a score with an old enemy, she does something very foolish. Thus she becomes a fugitive and has to leave New Yogo. 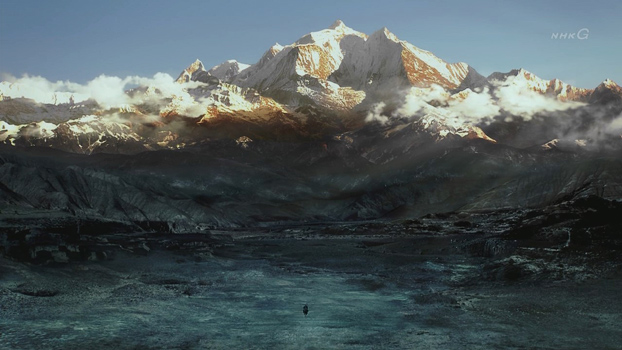 Few years pass. Chagum is now 15 yrs old and officially takes his place as the heir to the throne. Balsa is still hiring out her services as a guard to travelling merchants. There is unrest in all of the countries and a new threat has risen from the south as the Talsh Empire is set to conquer also the nothern lands, either by diplomacy or by force. Chagum is sent on a mission to assist the island Kingdom of Sangal as it’s being threatened by Talsh invasion. However Sangal has already fallen, Chagum gets captured by a Talsh spy and is taken as a hostage to the Talsh capital. He now needs to figure out a way to save his homeland from either being annexed or annihilated. Meanwhile in the Kingdom of Rota Balsa saves a little girl, Asla and her brother Chikisa from slavers. Asla turns out to be similar to what Chagum once was as within her dwells the spirit of Taluhamaya, a deity of destruction worshipped by her tribe, the Talu. Asla is considered to be a threat so she is being hunted by Rotan shamans in service of the King of Rota. Once again Balsa is set to act as a bodyguard, determined to save Asla both from her pursuers and from the destructive force within the girl. We learn a bit more about Balsa’s past with Jiguro, the former Kambal King’s Spear, who saved her life when she was little. Jiguro raised her after he took her out of their homeland in Kambal to keep her safe.

Season 3 picks up from where S2 ends and follows both Chagum and Balsa’s journey to find allies to fend off the invading Talsh forces. Balsa goes back to Kambal where she has to make peace with her past. This eventually helps Chagum with his quest. At the same time, in the spirit world a magical force is building up and it threatens to engulf the capital of New Yogo. War is not what you should be concentrating on when a cataclysm is almost upon you. If you don’t pay heed to the warnings, both friend and foe alike may perish. How will it all end? Well, you’ll have to see for yourself. 😉 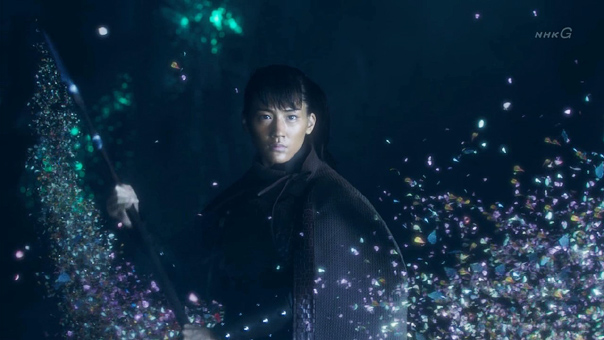 Couple of NHK PR videos for all seasons. Yup, lot of action.
Season 1

5 thoughts on “Thoughts On: Seirei no Moribito”