When I first discovered Korean dramas I never imagined that kpop would be part of the package. Heck, I didn’t know there was such a thing as kpop. 😀 Fast forward several years to 2018 and kpop is more or less all I do listen, with occasional sidetrips into jpop/jrock. 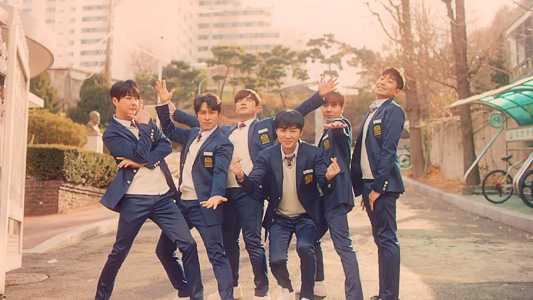 Well, dramas lead me to kpop and the first group I came across happened to be Shinhwa. Talk about accidentally starting with The Legends. *g* That was when my internet connection was only marginally less crappy than the quality of YT videos available but it was also before the first YT crackdown by the Korean broadcasters, so there was still plenty off older content to be viewed. So many hilarious clips from X-man, Love Letter etc, basically all sorts of weired and wonderful examples of Shinhwa being… well, Shinhwa, LOL!. And I watched them all, frequently laughing my head off.

If a name can be said to be an omen, then Shinhwa’s certainly is. The only 1st gen kpop group to reach their 20th anniversary without any member changes or longer periods of inactivity, save for the 4 years when the guys did their mandatgory military service. They are still very much active and have a fandom that has stuck with them through thick and thin. As fandoms go, Shinhwa Changjo is pretty awesome. 🙂 These guys have also aged like the famous fine wine. Talk about looking goooood!^^

A video charting the group’s journey from 1998.

The video maker forgot to include a clip of the 9th vol, but RUN has to be one of the cheesiest MVs Shihwa has ever made. You just can’t take the whole thing seriously, especially if you’ve already watched the ‘making of’ video. “Do we really have to save Eric??” 😀

On Sat the 24th Shinhwa turned 20 – Happy Anniversary! This also means plenty of celebratory activites starting with 2 conserts past weekend, variety show appearances (hilarity ensured :P) and a release of a new song. Well, not exactly brand new as it’s a remake of their All Your Dreams from 2000, as per requested by their fans.