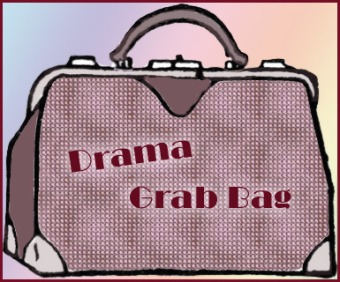 I really wasn’t planing on leaving this to the last day of the year, but as so often this year RL got in the way.

Looking back at Drama Year 2017, it feels like I didn’t watch that many things, but turns out I actually finished 21 kdramas, plus a couple of cdramas as well. Yeah, that was surprising. 😀 What is not surprising is that most of them didn’t make much of an impression, ha. I was reading through the list of this year’s kdramas and frequently going “oh wait, I did watch this one as well”. That said, there were couple of truly wonderful shows and some very good ones in the mix, as well as fiew nice surprises.

My favorite drama this year is Forest of Secrets, no comptetition. It’s just a complete package of professionalism with a great script. I’m generally not too hot on 2nd seasons in kdrama-land but I wouldn’t mind S2 of FoS if it’s with the same main cast, writer and PD. Honorable mentions go to Buam Dong Revenge Social Club/Avengers Social Club, which I loved (a post is in the plans), Chief Kim and Tunnel.

With so many people raving about Because This Is My First Life, I feel like the one ‘outside looking in’ – once again. 😉 The episodes went by and after a while I realised I didn’t really care. Drama was a pleasant enough watch but I promptly forgot all about it once I was done with the epis. Then I had to put BTiMFL on hold and when I finally had time to watch the last fiew episodes this week, they felt SO loooonnnng. Like “omg, why does it take so much time to get to the end of the ep!” long. TvN and their bloated episode lengths, sigh. That works only if you get so immersed in the story that you don’t notice the time. Alas, BTiMFL wasn’t one of those dramas. Granted, it is a beautifully constructed, well executed drama and the actors did a great job (Lee Min Ki ♥♥), but for whatever reason I was never able to get truly invested in the characters or care for their struggles. Just one of those things, I guess.

Black… goodness! That’s one show that theoretically shouldn’t work at all but it did, ha. It was crammed full of twists and cliffhangers. The final reveal of The Real Big Bad was bit of an overkill, me thinks though. 😀 Lot of people hated the ending but I didn’t actually mind. The last 15 minutes or so were just silly but as the whole drama had this odd fairytale feel to it, the last bit sort of fit in, ha. If nothing else, Drama showed us that SSH can actually act when given the right role and a PD who knows what he/she is doing.^^ Mr Handtowel was hilarious as the titular Black, but he also managed to do ok in the more serious scenes.

I didn’t watch any new jdramas this year as most of them didn’t interest me at all. I have S2 of Seirei no Morbito stashed away and I’m waiting for S3 to end and get fully subbed to watch both back to back. The only jdrama I did watch was Yasashii Jikan, which is one of my faves. I’d wanted to do a rewatch for some time but never got round to it, untill now. Drama was still as good as I remembered. It’s probably not for everyone as the pace is so much slower than in the dramas of today. I loved all of it though; the quiet moments, the slow takes on scenery and people doing their stuff – so soothing. It’s a mood piece with occasional flashes of humor and some rather quirky characters. It’s also a story of families, forgiveness and finding yourself.

Sadly, no truly grand cdramas came my way this year. 3 Lives 3 Worlds: 10 Miles of Peach Blossoms was nice filler fluff with Mark Chao being rather awesome but that’s basically it. *g* Nothing Gold Can Stay started out quite good but as so many other cdramas these days, it’s too darned long. It got awfully draggy, I lost interest and never finished it. Have to say I was disappointed. Sigh. Tribes and Empires had so much potential, which TPTB wasted in filler, flashbacks and bad editing. Guess all the effort and money went to cinematography, sets and costumes, which are wonderful. Drama looks abolutely gorgeous, all the way through! Acting is also pretty good all around. With 70 episodes they should have been able to do the whole novel the drama is based on… but they got only about half way through with it. Luckily I have a remote and I’m not afraid to use it, ha. Got through the whole thing with the help of the trusted FF-button. I’ve joked that cdrama productions get paid by epi count, which is why the dramas are so freaking long these days. Well, I’ve now read that this is actually true!

I did find a small gem in 愿有人陪你颠沛流离 but unfortunately there are no subs for it. It’s a sweet little drama set in college, with a fantasy element and surprisingly lot to say (even if I didn’t understand the dialogue, LOL). There were fiew other cdramas I took a look at but ended up dropping all of them for various reasons. I’ve still got couple of crime shows, Burning Ice and Day & Night on The List but I’m hoping for subs to materialise from somewhere, so I haven’t started either yet.

The only dramas on my roster at the moment are Just Between Lovers and Andante. Both are surprisingly introspective and mood filled. JBL had a very good start and I’m hoping it’ll keep going in the right direction. Melos are not really my thing anymore but I really liked what I’ve seen of JBL so far. Despite of the fact that there are ‘chaebol shenanignas’ (boring) and rather stock 2nd leads. Junho and Won Jin Ah are very good in their roles. I can’t remember when last I had such a pityfull current drama roster but maybe it’s just as well. In all likelihood there’ll be even less time for dramas come next year, so not having gzillion things I want to watch, is probably a blessing.

And that’s it for now. HAPPY NEW YEAR! Hopefully 2018 will turn out to be one of the better drama years. 🙂