Yes, I’m still watching stuff, only in a much slower pace than I used to. Which means I’m not always up to date with the currently airing dramas. I also tend to quit some of ’em at the drop of a hat. 🙂

Some thoughts on what I have watched recently, under the cut.

Nothing Gold Can Stay
This drama is SO pretty! A real feast for the eyes; the sets, the costumes, the props… just about everything. I had no intention of starting another 70+ episode cdrama with no subs, but I took a peek at the first 2 episodes and was instantly hooked, LOL! I don’t understand a thing but somehow the actors make the story relatively easy to follow. They are all really good.

Based on a true story, That Year Flower Blooms The Moon Is Full (那年花开月正圆). The story features Chen Xiao (Shen Xing Yi) and Sun Li (Zhou Ying) in a period drama at the end of the Qing Dynasty in Shaanxi, surrounding the merchant trade of silk. It is the year 1884 and Zhou Ying and her stepfather are the new arrivals in town. Stepdad loses all his wealth to gambling and sells his daughter off to the Shen Household. When trying to escape, Zhou Ying gets into the sedan chair of Wu Pin (Peter Ho), the young master of the Wu Family. Her knack for doing business wins the recognition of Old Master Wu and she is allowed a place in the household. When Shen Xing Yi suspects Wu Pin in the murder of his elder brother, he injures Wu Pin. This leads to the marriage between Zhou Ying and Wu Pin, in an effort to dispel his unlucky “air.” After Wu Pin dies and the family weaving business falters, Zhou Ying is the one to maneuver the whole clan and gets locked up in the process by the angry foreigners. After she is released, Zhou Ying rekindles her working spirit to rebuild the Wu weaving business and becomes the richest person in the area.

I love our heroine! Zhou Ying is feisty, cheerful, level headed and smart with a kind heart. She doesn’t take crap from anyone either, which does get her in trouble from time to time. She’s used to doing things in her own way, so settling into the life of an upper crusty Wu Family wife does not go without friction and mishaps. Gosh, her trying to act demure was dang hilarious. ;P She also doesn’t know how to back down even when it’s beneficial to her and ends up at loggerheads with her in-laws. Luckily Wu Pin is an understanding and supportive hubby who does his all to smooth over the situation. He genuineley seems to love her, which eventually wins her over too. These two do make a cute couple, I think they are well suited despite of their differing backgrounds. He is gentle and calm which acts as a soothing influence on her more fiery nature. It feels like she is ‘at home’ with him. 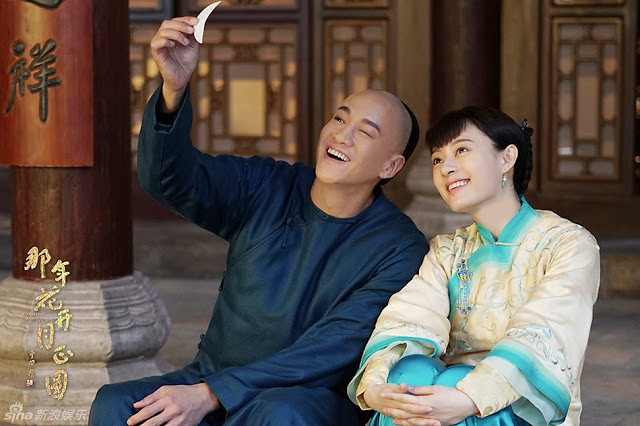 I’m finding all the characters really interesting. Even the servants have a distinct personalities instead of being just some sort of props. The male lead, Xing Yi is still a spoilt, bratty Young Master at this point of the story. Always getting in trouble with his half assed acts of stupidity. He tends to jump into conclusions without really thinking things through and is a constant headache to his father. With a capable older borther destined to take over the family business, Xing Yi has been able to lead a carefree life, without responsibilites. But things are about to change, as now he’s the only son and heir. He is still chafing against this turnabout and acting out. As of now we don’t yet know what will eventually change him for the better but it’ll surely happen. I’m pretty sure he already has feelings for Zhou Ying but as she sort of humiliated him, he’s not conciously aware of them. Seeing Zhou Ying and Wu Pin acting all comfy togheter did seem to give him a pause though. 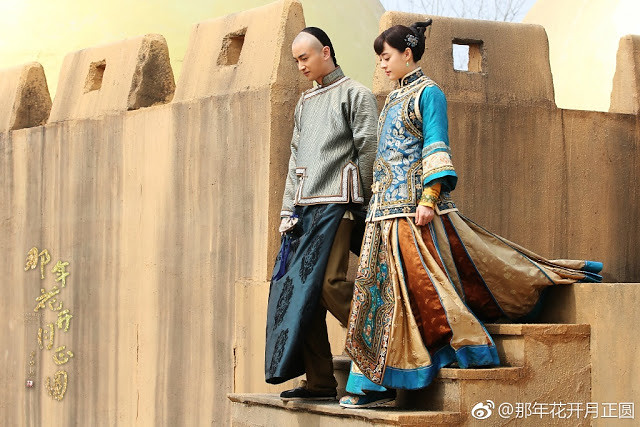 I know that the Qing Dynasty hairstyle on men doesn’t appeal some people but I don’t even notice that anymore. These guys are real people with personalities and that’s what I’m seeing.

No guarantees I won’t get bored at some point but so far I’m really looking forward to what the episodes will bring.

Father is Strange
‘Sniffle’ – it came to an end. 52 episodes and yet, it was a breeze. 🙂 This was such an uncommonly nice family weekender with characters I genuinely liked. There were no OTT histronics, horrible parents, ebil 2nd leads etc. I even crudgingly came to accept Jung Hwan‘s quarelling and frequently annoying parents as they both saw the error of their ways. Character growth is always good. My fave character was by far Lee Yoo Ri’s Hye Young, she was all kinds of awesome. Plenty of OTP’s to choose from, for those who enjoy that kind of thing.^^ Not many bloggers have the stamina to recap a longer drama but cimiart did just that for FiS.

School 2017
I’m a bit disappointed, I must admit. It’s a pleasant enough drama with lovely friendships and a cute teen romance but the beginning seemed to promise more. I did not expect S2017 to break any major boundries but I did sort of hope for more social commentary than we got. Drama did touch upon stuff like corruption, bullying, social unequality, the exhausting hunt for good grades etc, but only in very superfical way. I never felt like any of it was urgent or even mattered much in the long run. School 2013 did things better within the same framework, thus it was more compelling, imho. I think S2013 really benefetted from having no romance. There was more time to introduce us to other characters beyond the main twosome, as lovely as that bromance was. One of my fave things about S2013 was how they handled the bullies storyline. Jung Oh was probably the character I felt most for. (Kwak Jung Wook is such an underrated actor, he did a great job with the role… I wonder where he is now. Sigh.)

The focus on the romance in S2017, especially towards the end, didn’t leave much room to expand the scope to fill in the stories of, say e.g Kyung Woo, Hyun Il or Young Gun and her pals. When they suddenly let us in on the fact that Young Gun and Bo Ra used to be friends I was like “wait, what… now you tell us?!”. There were plenty of other students I would have liked to know more about too, even if just a teeny-tiny bit. All in all School 2017 isn’t too bad but I wouldn’t say it’s particularly memorable either, save for a fiew performances, which do stick to mind.

Reunited Worlds
This could have been SO much better but they rather wasted an interesting premise. The whole thing gives me a curiously wholesome, family friendly, PG-8 feel. Like it’s aimed at a younger crowd. A bit like Little House on the Prairies of yesteryear (do they even make shows like that anymore?) 😀 The stakes feel about as high and you just know everything will be sorted out in the end. Nothing in it is even remotely realistic. Things just sort of fall in place without much effort from anyone in particular. There is no urgency, even with Hae Sung‘s impending 2nd departure from this world. Kwak Dong Yeon is criminally underutilised. Oddly, it’s only his scenes that carry some weight and you do take notice when he’s on. Someone give the kid a lead role already! Jin Gu is a great actor but this role offers him preciously little to do except smile a lot, ha.

Reunited World is certainly not something I wait with baited breath each week but it’s inoffensive and easy to watch, so I haven’t felt like I should give it Das Boot. It’s sort of perfect for just letting your brain unwind as it asks so little effort from you.

Tientsin Mystic
Drama started out pretty good. It was mysterious, intriguing even and I really liked the main foursome, but as the episodes went on, my interest started to wane and I finally dropped it. IDK, it just never seemed to get to the point and there was awfully lot of talking too. I don’t understand Chinese so I’ve no idea if all that talk actually had any relevance to the plot but it got boring as heck after a while. At some point I also started to suspect that there would be no real ending, so I took a sneak peek at the last epi, annnnd… sure enough – a massive cliffhanger. Guess they are hankering for a 2nd season. It did have zombies, I’ll give ’em that. 😀 The cinematography was great, I loved the sets and quirky costuming.

Hospital Ship
Ummm…. nope. It’s not often I dislike a drama off bat the way I did this one. It was such a viscreal negative reaction, there’s practically nothing I liked about Hospital Ship. Well, the scenery was pretty, ha. I’ve long since stopped believing what the promo material of any given drama is trying to sell, but I did hope Hospital Ship would be something akin to the posters. A warm hearted, slice-of-life drama about the ship’s crew, medical personnel and various patients. But of course it turned out to be just like any melodramatic medical drama with hospital politics and questionable depiction of medical practises. Only set on a ship. Besides by ep 4 there was already 3 characters with A Tragic Backstory™. Sigh.