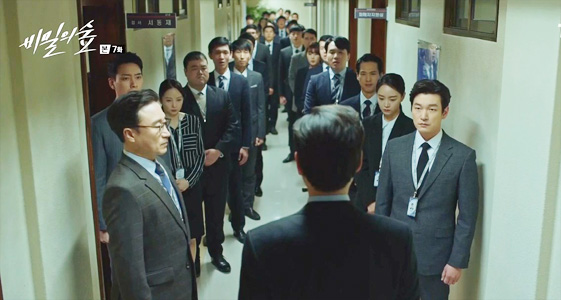 Da-yum, they are good! Not just Bae Do Na and Jo Seung Woo but all of them. The whole darned drama is crammed with pretty awesome actors. Well, stands to reason as many of them are movie actors and some have filmography as long as your arm. I’m loving what the writer and director are doing too. Then there are the characters. Interesting, intriguing, ambiguous and yet oddly realatable. I frequently forget that these people are made-up constructs, not real. It’s been a while since I’ve watched a Korean drama as good in every way as this one. Of course I haven’t watched every single kdrama there is, so I’m sure I must have missed a fiew. I’m sorry Signal, Tunel, Circle… et al, as good as you were, you ain’t on this level. 🙂 Boggles the mind that FoS is the writer’s first drama and her resumé is also very short. 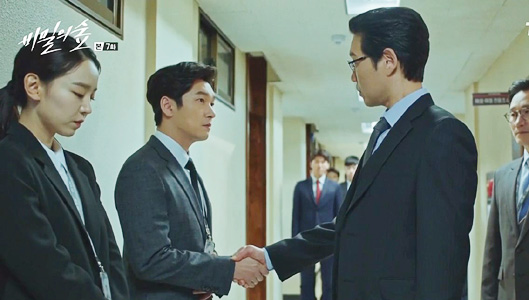 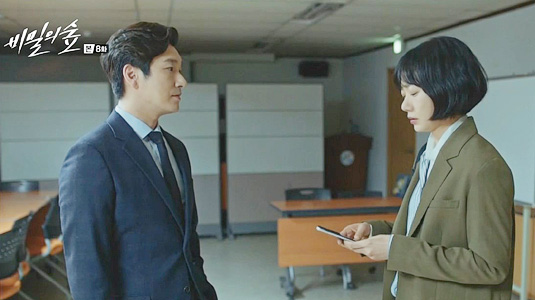 I really like Yeo Jin, she’s total girlcrush material. 🙂 She is warm and empathic but not easily fooled. Unless there is concrete evidence of wrongdoing, I think she is willing to give most people the benefit of the doubt, but only up to a point. Actually, people tend to dismiss her as someone unimportant and not much of a threat, and then she surprises them, ha. She is also rather tenacious, which exasperates her crooked colleagues and immediate bosses. Her method of tackling the cases is different from Shi Mok’s but she does often end up with the same conclusions. There are times when her outlook on things gives Shi Mok a different perspective. She is a great partner, even perfect partner for our seemingly unfeeling prosecutor. She is the only one that has been able to make him spontaniously smile. 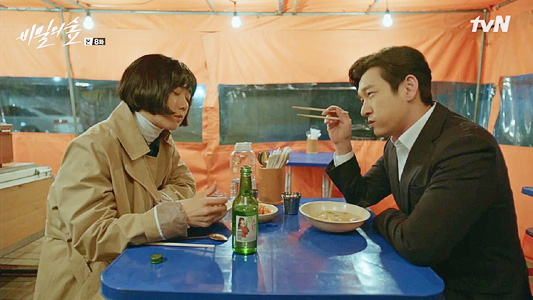 Shi Mok himself fascinates me, he is such an enigma. What motivates him? Likely not the usual things like money, power or burning need to advance his carreer. But I don’t see his motives being totally altruistic either. So, what is it then? No idea. I also don’t think he is entirely without feelings. He does feel certain things but on a very low intensity. Nothing seems to truly faze him. People and their reactions puzzle him to a degree at times though. He is hard to read so I sometimes find myself wondering which side he’s on really. He acts in a way that makes me suspicious but then it’s revealed that he was just setting up a scene and giving someone a little ‘poke’ to see what will happen. Often he’d already figured out the outcome too. I think Shi Mok resembles a paduk player. It’s like he is able to see the moves, their variables and where each of them will lead, so when one scenario fails he has a back up plan. Not sure if he saw what happened at the end of ep 8 coming though. But then, you never know with Shi Mok, and they didn’t tell us either in this week’s epis. Unless I missed something. Lee Chang Joon is a awesomely formidable foe, and almost as unreadable as Shi Mok. I’d say they are pretty evenly matched in the smartness department. 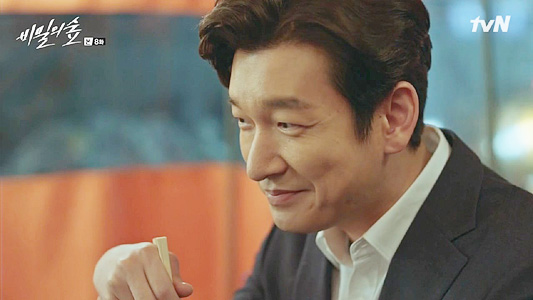 Even though show’s motto is “everyone lies, no-one is to be trusted”, there’s no real feeling of paranoia. It’s all so… mundane. But that’s just the thing, it’s chilling how matter of fact those concerned are about the rot permeating the leagal system. These are the people who have sworn to uphold the law but they often turn out to be worse than the criminals they are supposed to apprehend. Fair gives me the shivers, that. I’m fascinated by the ever shifting loyalties and lines of alliance. There really is no honor among ‘thieves’, everyone is likely to do a quick turn on the dime if so needed, accompanied by a swift stab in the back.

Now that Shi Mok has the ‘license’ to investigate, things have started to move at a faster pace. He has already managed to rattle the cage enough to get the minions scurrying. Oh, there’s a Team too, how nice. 😀 I found it amusing how he picked the members of his team. They all have something to offer but apart from Yeo Jin there is a caveat on everyone. Yup, things are definitely heating up. Looking forward to the face-off next week – Shi Mok and Yeo Jin vs Chang Joon and his wife. I’m also waiting to see what the culprit/informant who started it all is going to do next. I’ve no idea who it might be – someone we’ve already met or a totally unknown quantity. I never knew I could be so riveted with a show about corruption, as most of those tend to put me to sleep, but I’m watching Forest of Secrets like it’s a high octane action thriller. 😀 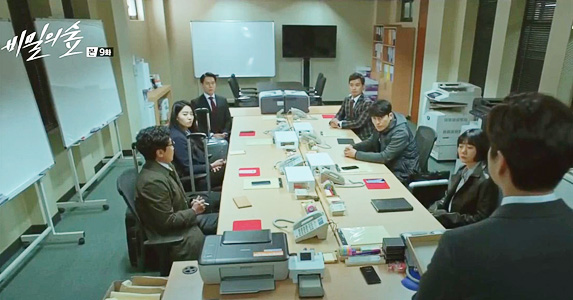