There isn’t actually much to say about Wind Chime that I haven’t already said in my previous posts. Like someone at the Viki comments wrote, it was a “compelling show that I loved to watch even in the face of a plethora of logical inconsistencies and plot holes”. Neither being something I tend to pay much attention to anyway, especially if the show has something else going for it. I’m generally pretty quick at dropping dramas but if there is something that grabs my attention and keeps on holding, the blemishes become irrelevant. If I truly like a show, bits that otherwise get a generous eyeroll only garner an amused eyebrow raise, ha. My love for Wind Chime is by no means the all consuming kind I still have for ‘Of Monks and Masters’ (Gosh, how I adore that drama!) but rather something akin to warm glow of friendship. I may even rewatch it if time permits. 🙂 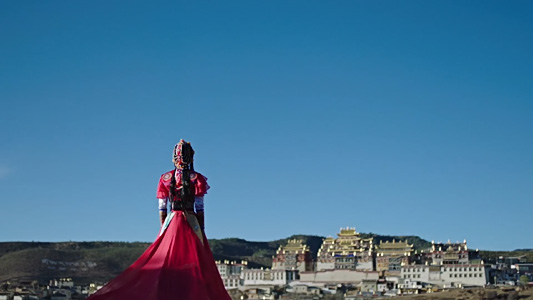 What I love about Wind Chime is the story. The fact that it is stubbornly its own thing and a little different from what we usually get. In the world of rinse and repeat plots, a little novelty is never a bad thing. I also loved the gorgeous, gorgeous cinematography and beautiful scenery. The beauty was even more marked as the backdrop to the less savoury things we humas are capable of doing. Some of the cases were pretty sickening, but thankfully the true horror was for the most part only hinted, not shown. I really liked the slow burn romance too and the way it was true to the charachers’ personalities, never overshadowing the main storyline but rather being weaved into it as an essencial part. Over the course of the drama Tang Tang and Feng became one of my fave drama couples. I loved how no-nonsense and in tune with each other they were, even in the beginning.

Love his smile, so infectious. 😉

TPTB really enjoyed hinting about things to come. Sometimes the hints were just little snippets that often went undetected until later. Other times they were as subtle as a hammer in the head, LOL! Like the way they kept going on about the identity of the Elder Quin Brother, especially after they’ve already given a pretty clear hint about it in one of the preceding episodes. Yup, I pegged on it waaayyy ahead of the reveal. XD

So, about that ending. It probably pissed off some people but I’m oddly quite happy with it, even though they decided to go OCN on us and left us dangling with a cliffhanger at the penultimate episode. The last epi is a prequel of sorts and takes us full circle, right back at where we started off. This wasn’t exactly a surprise though. Nearing the end it became quite obvious that there would never be enough time to wrap things up properly. It’s clear there is still plenty of story to tell. Apparently a second season is planned for and should start in October. I do hope it’s true, it would be a shame not to give this compelling drama a conclusion it deserves. 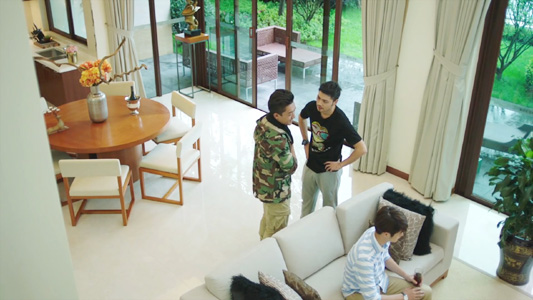