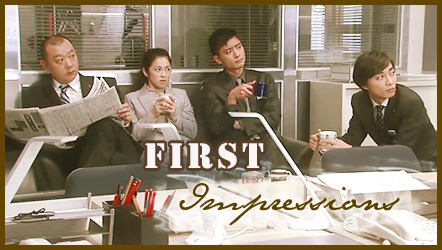 Now that I’ve finally managed to get The Epic Re-watch done, I’ve had some time to spare for the new kids on the block. 🙂 There’s been a gaggle of new dramas starting this month and I’ve given some of them my best school try.

Signal
Let’s start with the one that appealed to me most. The first two epis of Signal were just what I hoped they would be. Suspenseful and intriguing, with enough questionmarks to make me want to know more, asap. The Team is sill in the early stages of forming but I’m sure they’ll come together as the story progresses. They complement each other, though they can’t see that yet. I really like the cast. It’s great to get people who know their stuff for once, instead of some flavor of the month/year with questonable acting skills. I’ve also liked several of the previous works of the PD. As for the writer… well, I hated the ending of Sign but loved Ghost all the way through. Let’s hope Signal aligns more with the latter than the former.^^ I truly liked what I’ve seen so far, so I’m crossing my fingers and toes that it’ll stay the course. As we all know, a good start is no guarantee for a smooth full run. Unfortunately.
Verdict: a keeper (for now anyway)

Madame Antoine
I had no expectations for this one but it turned out to be surprisingly entertaining. Definitely the best turnout for Sung Joon I’ve seen in a while. He seems to do much better when portraying someone who’s more on the cranky side, petty and a bit childish. Someone you don’t particularly care for at a first glance. There were moments I really wanted to punch Soo Hyun. Which probably was what they were aiming at. *g* Han Ye Sul is fun and I already like her Hye Rim quite a bit. I’m looking forward to her getting the upper hand in this ‘contest’, heh. The secondaries aren’t that well constructed but they fill their puropose, I suppose. Most romcoms either bore me or annoy me, Madame Antoine managed to do neither. 🙂
Verdict: shows promise

Moorim School
I wish I could say this is so bad it’s good but it’s just all around bad. I don’t know which is the worst offender – script, acting or directing. It’s also taking itself SO seriously but only ended up being unintentinally hilarious. I’m sure I was guaffing in places that weren’t supposed to be funny. I think they would have done better making Moorim a comedy and funny for reals, ala cdrama Go Princess Go. THAT I would probably have watched the heck out of.
Verdict: hell no!

One More Happy Ending
Not feeling it. The first ep was kinda ok and even funny in places but the 2nd ep already bored me so I had a hard time getting through it without the trusty ff-button. I like all the actors but i’m not feeling much for any of the characters, nor the overall storylines. I’m also not all that fond of the brand of humour the show is sprouting. I guess it’s not wonky enough for me. 😀
Verdict: pass

Fragile
This year’s winter season jdramas haven’t sparked much interest in me. I picked this one mostly because it’s been a long while since my last Nagase drama and I do like procedurals. Only, Fragile is a bit too predictably generic to be really interesting. There’s no real ‘kick’ to make it stand out from gzillion others like it. Dunno if oggling Nagase will be enough for me to continue with Fragile. We’ll see after I’m done with ep 2.
Verdict: undecided

8 thoughts on “First Impressions… of bunch of dramas”