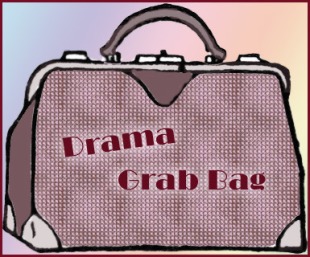 The usual round-up of what I’ve been watching recently. ;D

I Remember You
I quite like IRY, especially the mystery part of it. It’s not the ‘best drama evah’ but there is something soothingly whimsical about the show. It’s a pleasant watch and I like the way TPTB are keeping me guessing. We know, or shall I say, we are led to assume we know who is/are behind the murders. There are several contenders for the Bad Guys and it’d be very easy to dismiss the most prominent ones as ‘red herrings’ but as is often wont with this type of shows, you can never be absolutely sure. Sometimes the most obvious choice really IS the perpetrator. 🙂 I’m still hoping they’ll keep the romance in the background as that does not interest me at all. I wouldn’t say the acting is anything to write home about but everyone is holding up their end equally well. No-one raises above the others or sticks out like sore thumb and it suits this type of ‘Korean Midsummer Murders’ quite well, I’d say.

Hidden Identity
dropped
How can a supposedly high octane drama be so boring? I tried to feel something for Hidden but all I got was resounding ‘bleh’. Show’s got plenty of shiny and hot air but nothing I can grab a hold on. It’s one of the least exciting action shows I’ve watched in recent years. The plot is mostly just stupid and these ‘experts’ are doing so many silly mistakes. Like, how many times have they now been caught while tailing someone? Then there’s the thing that for a ‘top-secret special team, whose identity isn’t known even within the police’, everyone and their dog seems to know who they are and where to find them. *headdesk* The cast is for the most part competent but how come it feels like everyone is just sort ot sleepwalking through? There’s no ‘feels’ for anyone, even Park Sung Woong hasn’t been able to convince me enough to care a whit.

Hello Franceska
OMG! This drama is hi-la-rious!! There have been SO many times I’ve laughed myself silly. Hello Franceska is a sitcom from 2005 about a group of vampires who have to pose as a family to fit in.

Romania, 2005. One of the last vampire families on earth decides to disguise themselves and live among humans until “the glory of their empire” revives. They are sent to different places all over the world that are considered safe by their leader.

Unfortunately this particular group boards a wrong ship and instead of Japan and a safe house waiting there, they end up in Korea. While trying to figure out what to do, they come across badly hurt Do Il (long story 😀 ) in a park and one of them takes a pity on his pleas of help and bites. Eventually the vamps manage to fool Do Il into housing them in his apt, only the place is too small and they end up as tenants in a more affluent part of Seoul (not that everything goes smoothly even with that). Their landlady turns out to be a gold digger who specialises in old geezers with short life expectancy, LOL! She is freaking hilarious! In fact, the whole show is full of hilarious types and I just love how it pokes fun at all sorts of things, including several kdrama tropes.

The vamp family itself consists of what I’d call ‘characters’. Do Il, the ‘father’ is basically a rather meek guy who works in a low pay position but he can be quite petty and does occasionally gets totally exasperated with his new family, especially with his ‘wifey’, the titular Franceska. I never knew Shim Hye Jin could be this funny! Her Fanceska looks and acts like someone right out of Addams Family, ha. She scares the bejesus out of most and is totally unsuited to work with people. It’s fun to see her try though. XD She does have a softer, more reletable side too. Kyun, the ‘son’ is pretty but as dumb as a post. Times were tough when he was young so all they could feed him was chicken blood. Hence he grew up as a total airhead. The leader of the group is the oldest of the vamps but unfortunately her small stature makes her look like a teenager, LOL! She is the ‘daughter’. The last member of the family is Elizabeth, or Ryu Won as she starts to call herself (played by Jung Ryu Won, heh). She is the most normal of the bunch so she is the one Do Il deems suiteble for a proper job. Her cover is that of ‘aunt’, Franceska’s younger sister. She is pretty so she has a string of suitors. Only, all are somewhat nuts. ;P

In a fun turnabout the vampires in this dramaverse don’t have any special abilities but neither do the usual vampy tropes like sunlight, garlic or crosses work either. They even eat the same food humans do and with a gusto too. *g* They are stronger than humans though. There’s a very good introduction + re-cap of the first two episodes @ dramabeans and like javabeans wrote in it,

It’s really more like NBC’s ’90s sitcom Third Rock From the Sun, about aliens living among humans. Because Hello Franceska is about vampires living as humans, and much of the humor comes from the fish-out-of-water situations of these characters who almost, but don’t quite, get the hang of human living.

The soundtrack is exellent!

Tenno No Ryoriban
I really like this jdrama. It’s uplifting and feel-good with an interesting backdrop of early 20th century Japan and there’s even a part of the plot happening in (actual) Paris. The attention to detail is very good and I like the characters, though I’m not actually sure how historically accurate they are. It’s a growth story about a childish and far too carefree boy growing up to be an upstanding and responsible man while finding his place in the world. The change is quite orgnic as he learns and grows along with his skils as a chef. Sato Takeru is best in the more quiet and emotionally charged scenes but he does have the unfortunate habit of occasionally overacting when doing the ‘impulsive and boisterous youth’ parts. Less is more in most cases. 🙂

Shinya Shokudo
I was quite sad to say ‘good bye’ to this lovely and understated drama. There was nothing flashy about it and yet it left a lasting image that lingers for a long while. Shinya Shokudo is slice-of-life at it’s best; interesting characters, frequently inspiring stories, looks good and has great acting. I even liked the sondtrack a lot. Master is ♥. ^^ A full package, as they say. The first season is the best of the three though. I’m still not quite sure how I feel about the addition of more outside scenes in S3. Somehow I don’t think they quite fit but that may be just me being picky.

There’s now a Korean remake in the works and I hope they don’t ruin it. From what I’ve seen so far, it DOES look like they are at least trying to keep the feel of the original, even down to the title and tagline. I do approve of Kim Seung Woo as the Master and I am qurious to see which of the original characters they are going to keep as well.

I’m Home came to a satisfying end and all in all it was a nice feel-good drama which delivered just what it promised to. It was great seeing KimuTaku actually flexing his acting muscles for a change and not just coasting through. His before and after explosion Ieji’s were distinctly two different people and he did that with just very minor changes in how he acted and held himself. Even the look in his eyes differed. Kimura may not be as pretty as in his younger days but he’s still definitely got ‘it’ when it comes to screen presence and appeal. I’d love to see him play someone dangerous and hot because I’m pretty sure he’d more than nail it. XD

I’m not including My Beautiful Bride here as I’m planning on doing a separate post on it once I’ve had time to watch the first 4 episodes again with subs. It’s shaping up to be very good indeed.